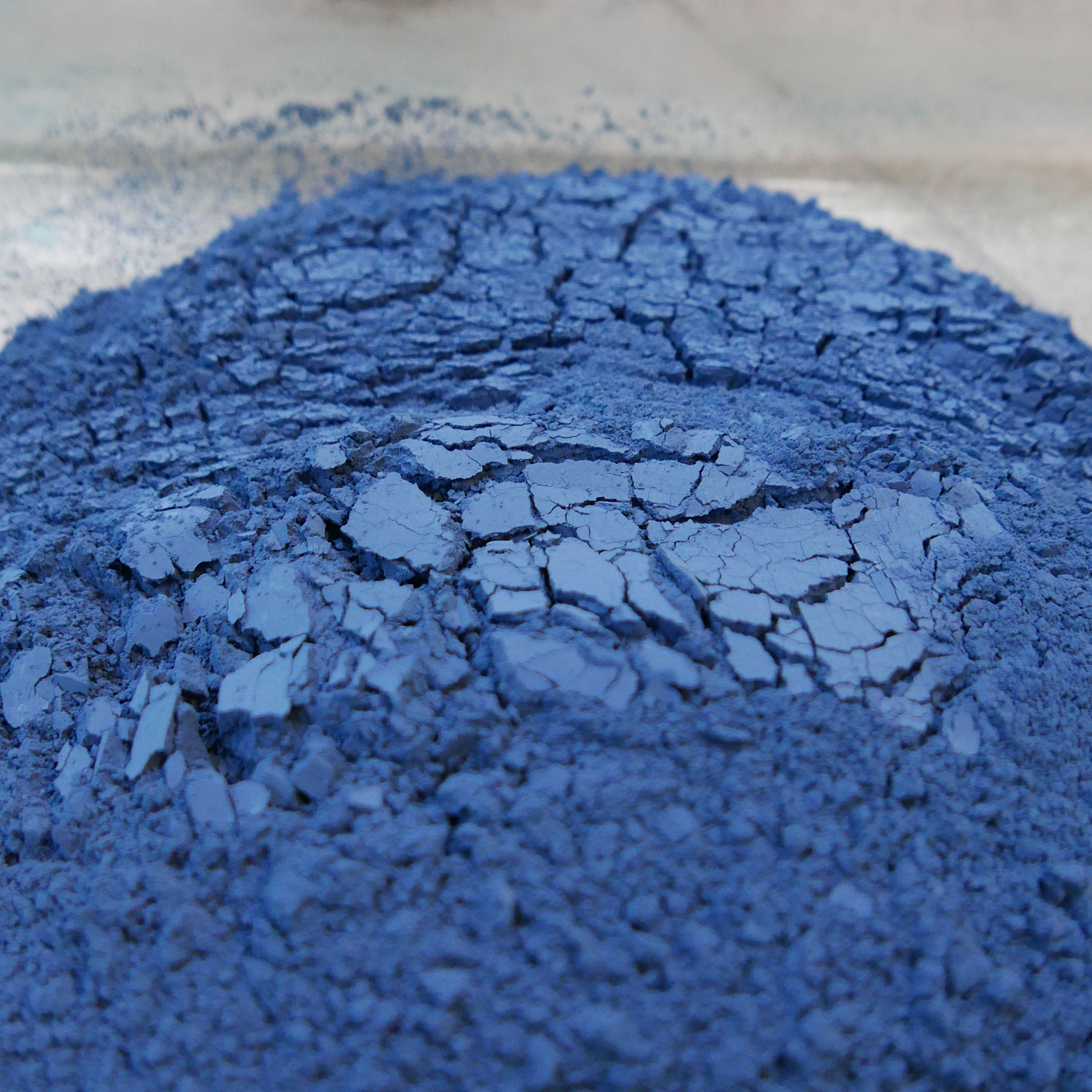 Maya Blue, the double nature of an ancient pigment

Archaeology and science reveal the color invented by Mesoamerican culture

We are in Bonampak, Mexico, a Mayan archaeological site dating back to the 6th-8th century AD. We are entering the Temple of the Murals, and we are immersed in an environment rich in drawings and colors. Fresco cycles cover the walls entirely, and it is for this reason that the place is called Bonampak – “painted walls,” which demonstrates their importance. The frescoes have helped archaeologists to deepen their knowledge of the uses, customs, and traditions of the ancient Mayan civilization; we can only try to imagine the smell of incense and the light of fires moving to the incessant rhythm of drums.

Among the colors used, one in particular catches our attention: blue.

Hypothesis on the composition of Maya Blue

Maya Blue has a characteristic bright hue with tonalities that can change from greenish to turquoise. It has endured almost unaltered for centuries on the walls, statuettes, and ceramics of the Maya culture. Maya Blue has long attracted the attention of archaeologists and researchers, though its particular qualities have been revealed only in the last century. Scientists originally believed that the blue pigment was obtained from rocks and that it was inorganic because it was resistant to chemical and thermal treatment:

… the color is not discharged by boiling nitric acid nor by heating much below redness. The conclusion seems justified that this is an inorganic color. 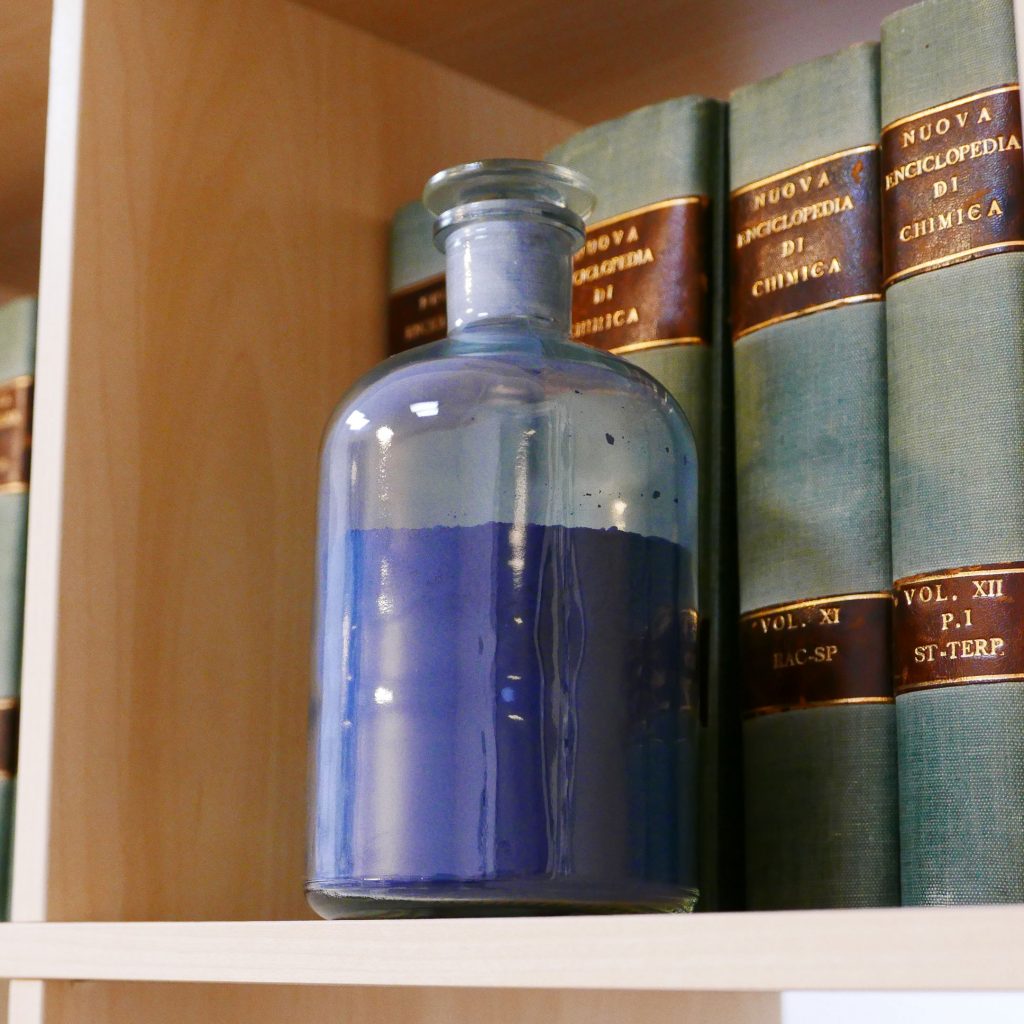 The double nature of the pigment invented by the Mayans

Diagnostic studies carried out on several samples of the blue pigment have shown the presence of two components, one organic and the other inorganic: indigo gives the color, while palygorskite gives it strength and durability.

The name Indigo derives from the Latin indicum and the Greek indikon, meaning “blue dye from India.” It is a natural dye prepared from parts of a shrub belonging to the Indigofera genus, which is found mainly in India. To obtain the dye it is necessary to transform the indican, a compound contained in the leaves of the plant. After a series of chemical reactions, the indican is transformed into leukoindigo, the water-soluble form of indigo. To extract the dye, Indigofera tinctoria was used in India, Isatis tinctoria was used in Europe, and Indigofera suffruticosa was used in Mexico. The latter is called añil in Spanish and xiuquitlitl in Aztec.

Palygorskite is a clay magnesium and aluminum phyllosilicate mineral. Palygorskite is so called because it was identified for the first time at Palygorskaya, in the Ural Mountains, in Russia. We find a variant of it in Attapulgus, Georgia, where it is known as attapulgite. In Mexico, two ancient mines have been identified where palygorskite was probably excavated: Sacalum and Yo ‘Sah Kab, in the Yucatan peninsula.

The peculiarity of palygorskite is that it fixes the indigo and becomes colored, giving stability and texture to the organic dye. The intensity of the blue pigment does not depend on the size of the powder’s grains but the degree of penetration of the dye into the palygorskite. Grains with intense coloration may indicate a complete penetration of the colorant and vice versa. 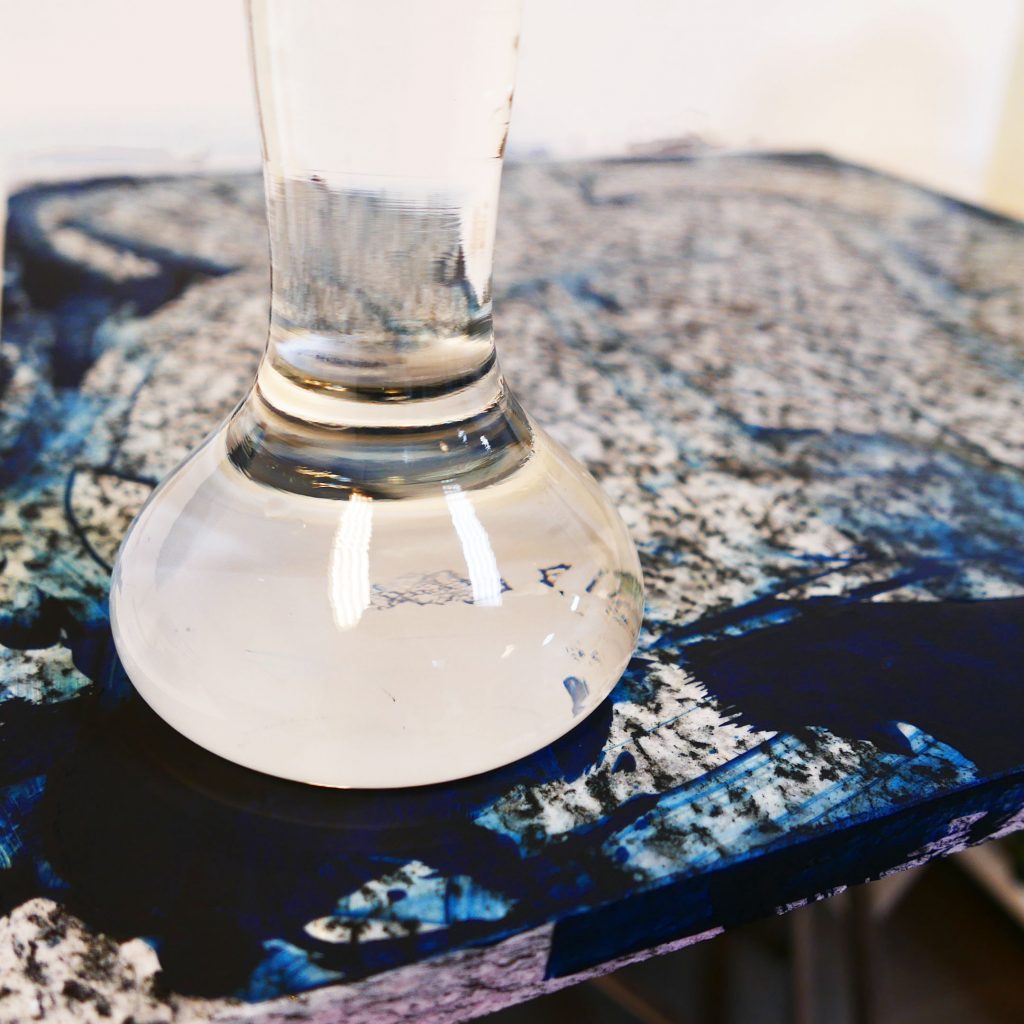 The different methods of preparation

Researchers have revealed different possible methods for preparing Maya Blue. Reyes-Valerio, a prominent Mexican scholar of Mesoamerican cultures, demonstrated that a pigment with the same characteristics of Maya Blue can be obtained by macerating Indigofera leaves in a solution of water and clay. José Maria Cabrera Garrido, of the Central Institute of Conservation and Restoration in Madrid has suggested that the Mayans may have heated a mixture of palygorskite and indigo or burned the different ingredients during ritual ceremonies.

Maya Blue, past and future

Through Maya Blue, we learn about the history of an ancient culture and a pigment that brings us back to the present and modernity. Maya Blue may be considered as a precursor to nanocomposites, where indigo is enhanced and made more durable by palygorskite. The Mayans have shown us how very different natural compounds, when treated in the right way, are able to complement and improve upon each other, giving life to unexpected and appreciated solutions.