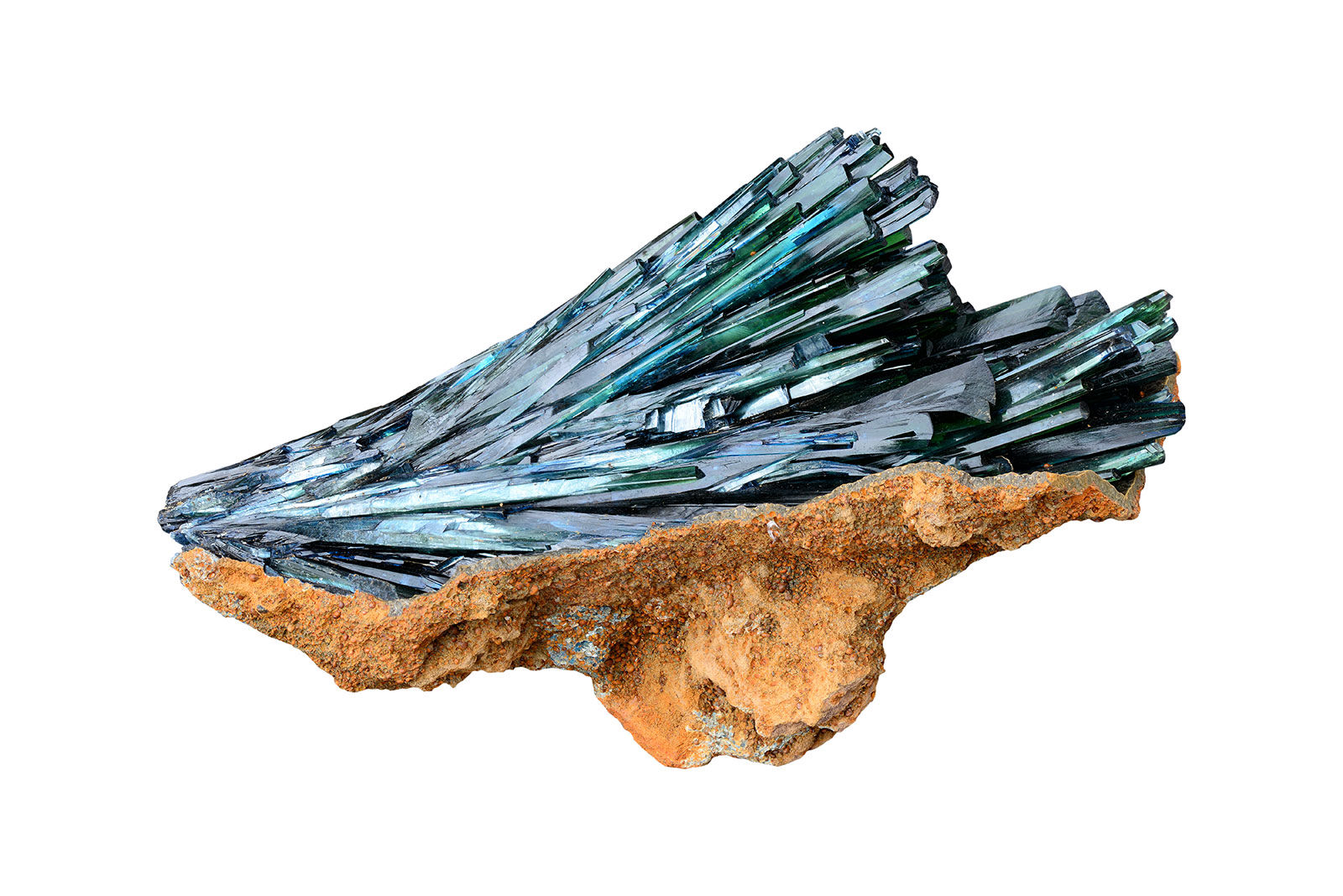 Features of a pigment well known by mineralogists and artists

Clear and transparent crystals, featuring a colour ranging from a very light or deep blue to a bluish green. Indeed, looking at vivianite, we almost feel like getting lost in its purity and beauty.

Vivianite is a hydrated iron phosphate named after the English mineralogist John Henry Vivian, owner of a mine and founder of the actual mineral, who lived between 1785 and 1855.

It is a secondary mineral, which means it originates from the weathering of preexisting rocks or from the redeposition of accumulated minerals.

Iron is the metallic element responsible for the blue colour of vivianite which it’s known by artists as blue ochre, probably due to this feature in common with ochres.

In 1846, in “Dizionario di Farmacia generale” (Dictionary of general Pharmacy), Filippo Càssola, an Italian physicist and chemist, describes the preparation of blue vivianite in the laboratory as follows:

It’s obtained with a double deconstruction, by pouring trisodium phosphate in a stock solution of hydrochloride or ferrous sulfate until a precipitate is obtained. The latter one has to be washed and let dry. As soon as ferrous phosphate precipitates, it has a white color which turns into turquoise once exposed to air and, finally, it turns into a darker turquoise shade due to the bonding of oxygen to some molecules of ferrous oxide which is itself converted to ferric oxide.

Even for the natural mineral, as for vivianite prepared in the laboratory, there is a significant change in color from white to “dark turquoise”, as mentioned by Filippo Càssola. In fact, vivianite crystals appear colorless when they are found in the fields and they turn into blue only when they are exposed to light. This process occurs when the mineral, ferrous sulphate hydrate with the formula Fe2+3 (PO4)2 (H2O)8, oxidizes and loses some water from the crystalline lattice. When photons, the fundamentals particles of light, enter in a transparent crystal of vivianite, they can cause the expulsion of a hydrogen atom from one of the eight water molecules. In this way, a hydroxyl ion with a negative charge is formed. 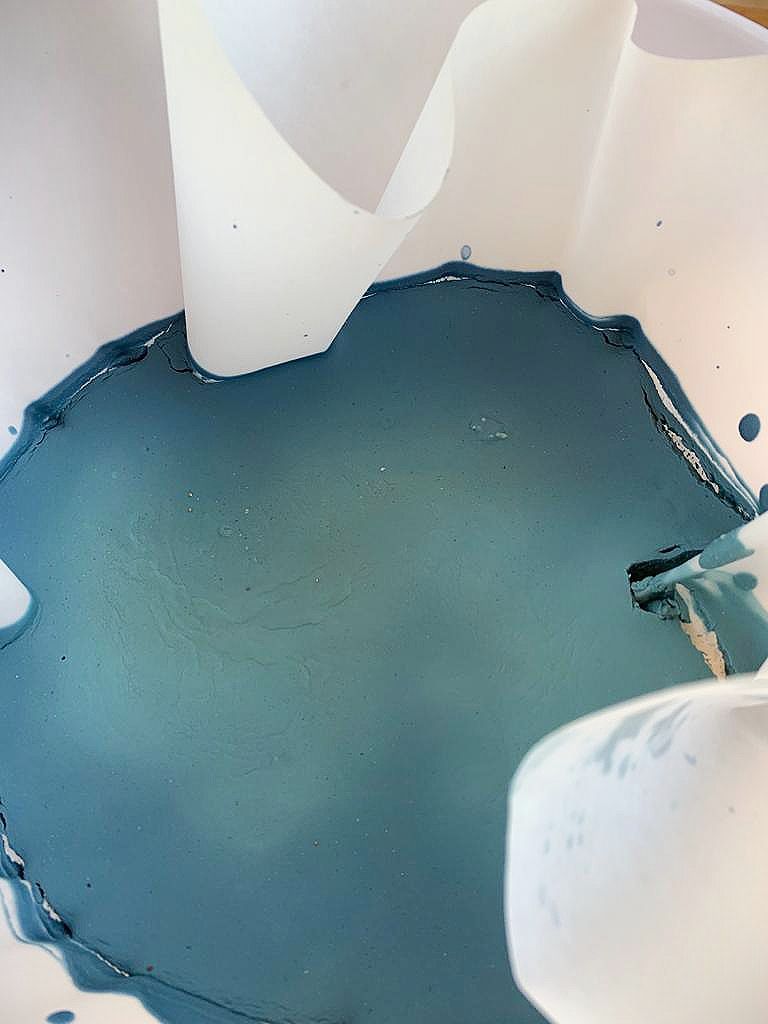 Since charges have to always be balanced, the extra negative charge is compensated with a change in the oxidation state of the iron from Fe2+ to Fe3+. Thus, this leads to a progressive change in the crystals’ color.

Vivianite blue has been used since the most ancient times and it was found in the Egyptian and Roman art, both as an ink used to make the Maori tattoos in Australia and as a pigment to paint masks of the Wiru population in Papua New Guinea. In Europe, although it has been rarely used, it can be found in some medieval French, German and English painting works. In 2001, some analyses were conducted on The Procuress, an oil on canvas created by Johannes Vermeer. The studies highlighted the presence of a pigment containing iron and phosphate and these results led the scientists of the Doerner Institute in Munich (Bavaria) hypothesize vivianite presence in the grey-blue colored parts of the wonderful cloth painted by the artist in 1656.

“Iron hydrogen phosphate for chemists, vivianite for mineralogists”, this is how Filippo Càssola refers to it, the artists’ blue ochre is a pigment shared among the most diverse cultures, a pigment in common to the farthest places, a pigment that is transparent at first and then turns into blue.