Our extrafine single pigment watercolor Prussian Blue is prepared with Prussian Blue pigment, chemically ferric ammonium ferrocyanide. It’s considered to be the first modern pigment. It was serendipitously discovered at the beginning of the 1700s, thanks to an impurity which was present in a salt (potash) used by a color-maker and coming from the laboratory of an alchemist. In a short time the way to produce it on purpose was finally discovered, using animal blood as the source of the compound which then, treated with an iron salt, gives origin to this very intense blue pigment. Its use widely spread starting from the 18th century and has been constantly used till today.

Prussian Blue watercolor by Nila Colori prepared with this pure pigment has an exceptional tinting strength, it’s semi-transparent and its lightfastness depends on some conditions. If it’s used pure, not mixed with any white color, its lightfastness is excellent, but if mixed with whites like Zinc or Titanium White, then it becomes quite fugitive. We suggest to use it pure, taking advantage of the white of paper thanks to its transparency, or eventually you can mix it with yellows to get fine greens.

Prussian Blue pigment is milled with just the right amount of a mixture of Kordofan gum arabic (binder) and vegetable glycerin (humectant and plasticyzer). These are the ingredients which are historically the main characters in the production of the watercolors and which give the best results regarding ease and pleasantness of painting. We don’t add any filler or any other organic compound, which might alter the color over time.

Lightfastness: BWS 8/8 if used alone, otherwise it might be reduced by the combination with other pigments 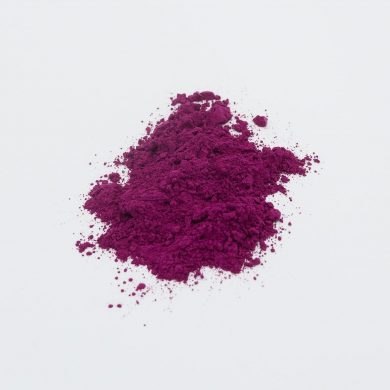