Our extrafine single pigment watercolor Genuine Indigo from Woad is prepared with pure Genuine Indigo from Woad vegetable pigment. This is a pigment known since ancient times. In the first century B.C., Julius Caesar wrote in book five of De Bello Gallico, “All Britons paint themselves with woad (lsatis tinctoria), which grows wild and produces a blue dye. This gives them a terrifying appearance in battle”; vegetable remains of lsatis tinctoria were identified in the IX-X century archaeological deposits at York.

Genuine Indigo Woad pigment is milled with just the right amount of a mixture of Kordofan gum arabic (binder) and vegetable glycerin (humectant and plasticyzer). These are the ingredients which are historically the main characters in the production of the watercolors and which give the best results regarding ease and pleasantness of painting. We don’t add any filler or any other organic compound, which might alter the color over time. 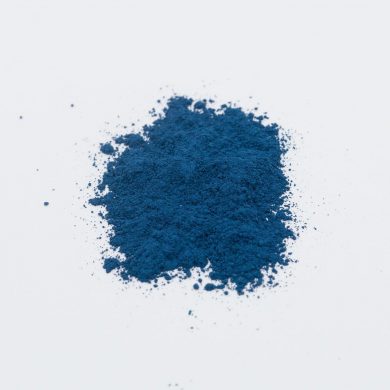