Our extrafine single pigment watercolor Chromium Viridian is prepared with pure Chromium Viridian inorganic mineral pigment, chemically chromium oxide dihydrate. This is an historical pigment from contemporary age which was prepared for the first time by the Parisian Pannetier and his assistant Binet in 1838. In 1859, the French chemist C.-E. Guignet developed a different production method to prepare the chrome-based green pigment. In France, the pigment was called vert émeraude while in England it was called viridian, named after the Latin word virid- “green, flourishing, vigorous”. This is one of the most appreciated pigments by the Impressionists and it was the favorite green shade of the French painter, Paul Cézanne.

Chromium Viridian pigment is milled with just the right amount of a mixture of Kordofan gum arabic (binder) and vegetable glycerin (humectant and plasticyzer). These are the ingredients which are historically the main characters in the production of the watercolors and which give the best results regarding ease and pleasantness of painting. We don’t add any filler or any other organic compound, which might alter the color over time. 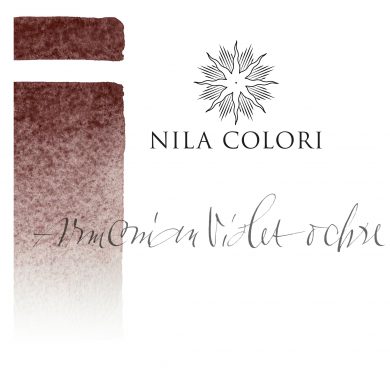