Our extrafine single pigment watercolor Cassel Brown Hue is an imitation of the historical pigment mostly used by artists in the XVI and XVII century; its earliest known use is in paintings attributed to Gerard David (1460-1523). It was also called Van Dyke Brown and it was an earth both organic and inorganic, containing a good amount of substances, like humus or bituminous matter, obtained from the decomposition of organic materials. We prepare it using a natural earth containing iron and manganese oxides, actually a  greenish natural umber earth.

Cassel Brown watercolor by Nila Colori, prepared with this pure pigment, is lightfast, semi-opaque and has a moderate tinting strength.

Cassel Brown pigment is milled with just the right amount of a mixture of Kordofan gum arabic (binder) and vegetable glycerin (humectant and plasticyzer). These are the ingredients which are historically the main characters in the production of the watercolors and which give the best results regarding ease and pleasantness of painting. We don’t add any filler or any other organic compound, which might alter the color over time. 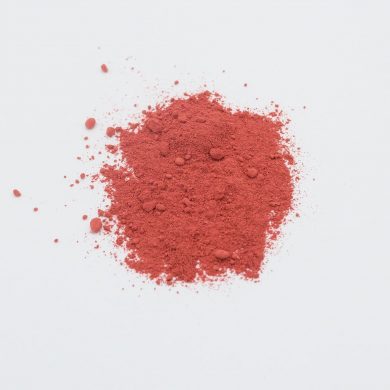