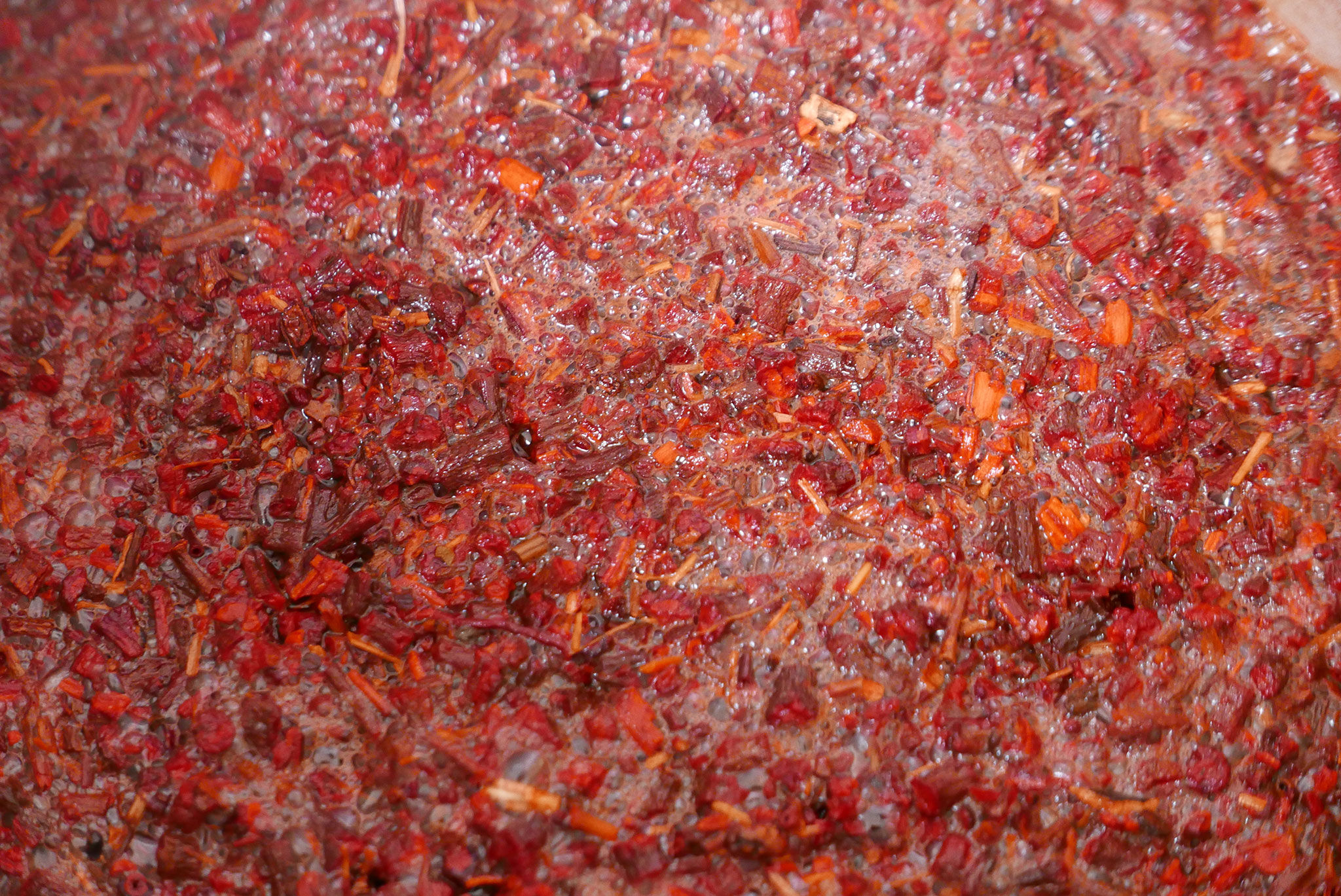 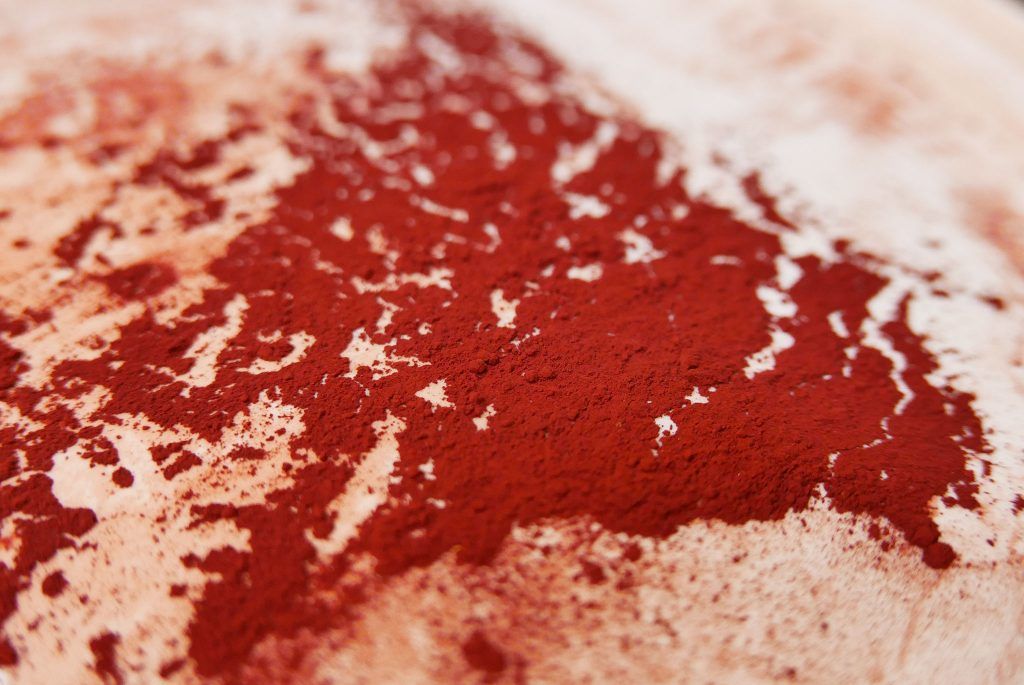 In the vast artistic panorama, there are countless ways and different raw materials to obtain the color red; one of these is of vegetable origin and is called Madder Lake.

Before delving into the red world of Madder Lake, it is interesting to understand what the lake is and what the differences are between pigments and dyes.

The word pigment comes from the Latin pigmentum, “dye, paint”, while dye is a substance that gives color to another substance. From the etymology and the definition of these two terms, we can see some differences.

Technically, a pigment is a colored substance insoluble in the medium in which it is used. In other words, it is made up of particles with a size on the order of a micrometer, which is, for instance, the thickness of a hair. A pigment is quite opaque thanks to its characteristics. This happens because a pictorial layer is created with the individual particles suspended in the medium, a bit like when we observe cloudy water with small substances that remain in suspension and do not settle on the bottom.

Dye, on the other hand, is an organic substance, most often of vegetable origin, which is soluble in the medium. Its behavior is very different from that of a pigment because the particles dissolve homogeneously and color the medium. In this way, it is possible to create a transparent colored layer in order to obtain characteristic artistic effects.

It is also possible to transform dyes into pigments by mixing them together. In the past, gypsum and ground bones, usually used as white pigments, were combined with dyes so that the particles of the latter adhered to those of the pigment acquiring its characteristics: the new product is “lake” and its structure is given by the pigment and the color is given by the dye.

The vegetable origin of Madder Lake

Madder is an organic dye of vegetable origin: it is extracted from the root of Rubia tinctorum, a perennial herbaceous plant from Asia which has been cultivated in southern Europe since about the thirteenth century. The red of the dyers, the name from Latin, can take on different shades depending on the content of the substances that give it its color: ranging from scarlet red to carmine red, from pink to blue-red. Like all lakes, Madder Lake is made up of two components, one organic and one inorganic. For the organic part, we can identify three dyes belonging to the class of anthraquinones, namely alizarin, purpurin, and pseudopurpurin. For the inorganic part, calcium carbonate and a precipitate of aluminum, zinc, iron, and chromium are present.

Recipes from the past

In The Household Cyclopedia of General Information, published in the 19th century, the method for obtaining the Madder Lake that is so appreciated by artists is described as follows: 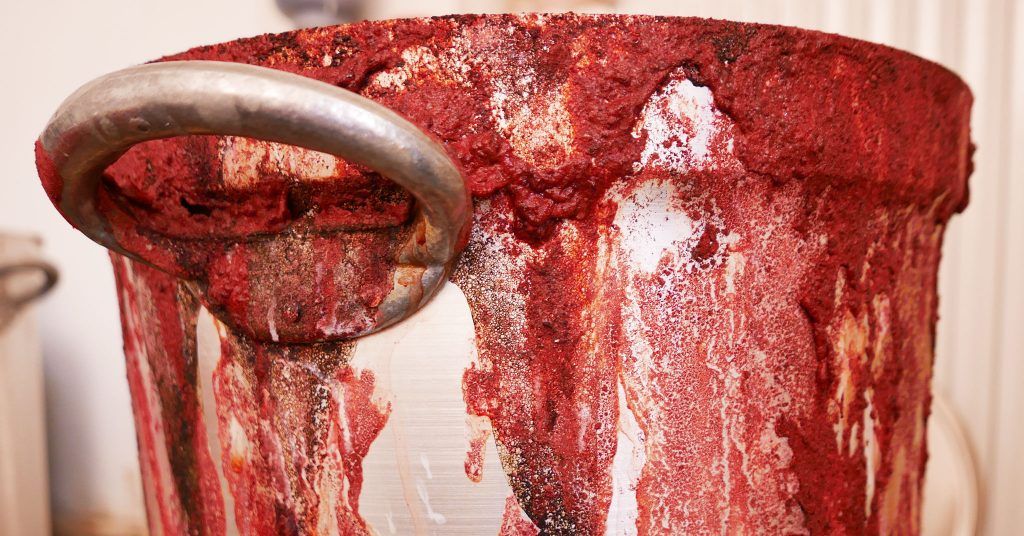 Boil 1 part of madder in from 12 to 15 pints of water, and continue the ebullition till it be reduced to about 2 lbs. Then strain the decoction through a piece of strong linen cloth, which must be well squeezed; and add to the decoction 4 oz. of alum. The tint will be a beautiful brightred, which the matter will retain if it be mixed with proper clay. In this case, expose the thick liquor which is thus produced on a linen filter, and subject it to one washing, to remove the alum. The lake, when taken from the driers, will retain this bright primitive color given by the alum. 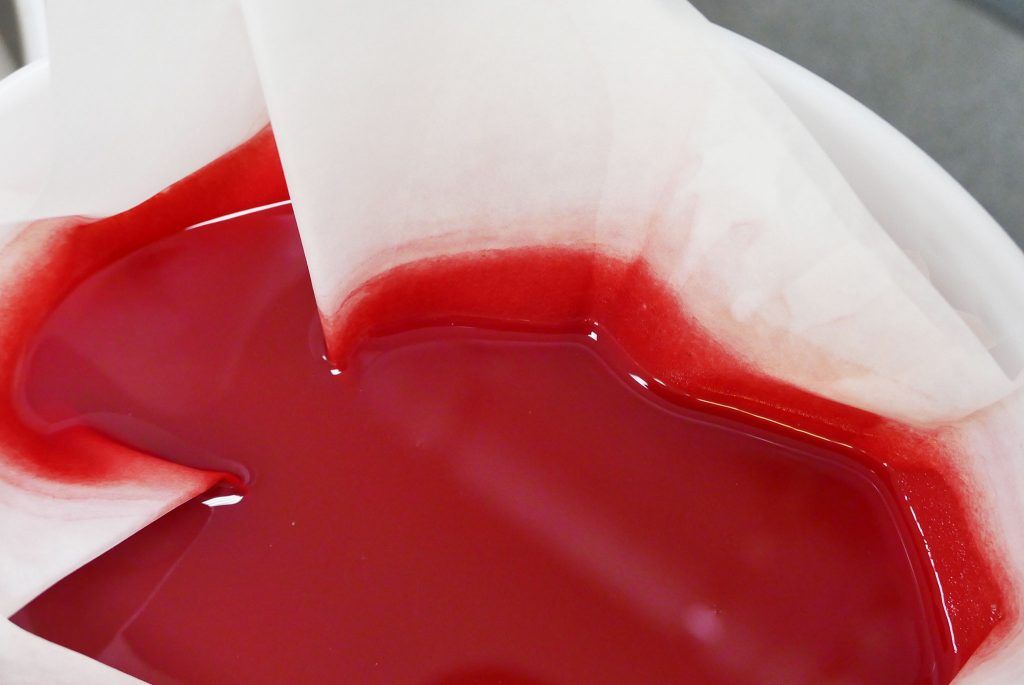 The applications of Madder Lake

Madder Lake has been used since ancient times; it was certainly already known by the Romans. More recently, it has been part of the palette of well-known artists including the Flemish Jan Van Eyck, the Italian Antonello da Messina, and the Dutch Johannes Vermeer. The latter artist, in particular, spread thin patinas of transparent lakes on layers of pigments in order to create highly appreciated glazes. We find Madder Lake in his oil on canvas painting, “Christ in the house of Martha and Mary,” completed between 1654 and 1655 and kept in the National Gallery of Scotland in Edinburgh. Hermann Kühn of the Doerner Institute in Munich analyzed the painting by identifying the Madder Lake in the pictorial film of the upper part of Mary’s dress as a beautiful deep red.

A red that can have various shades, a lake that, with the glazes, can give elegant effects to the works in which it is used, Madder Lake is versatile and refined, and with alizarin – its main component today which is also produced synthetically –it accompanies us to the present.