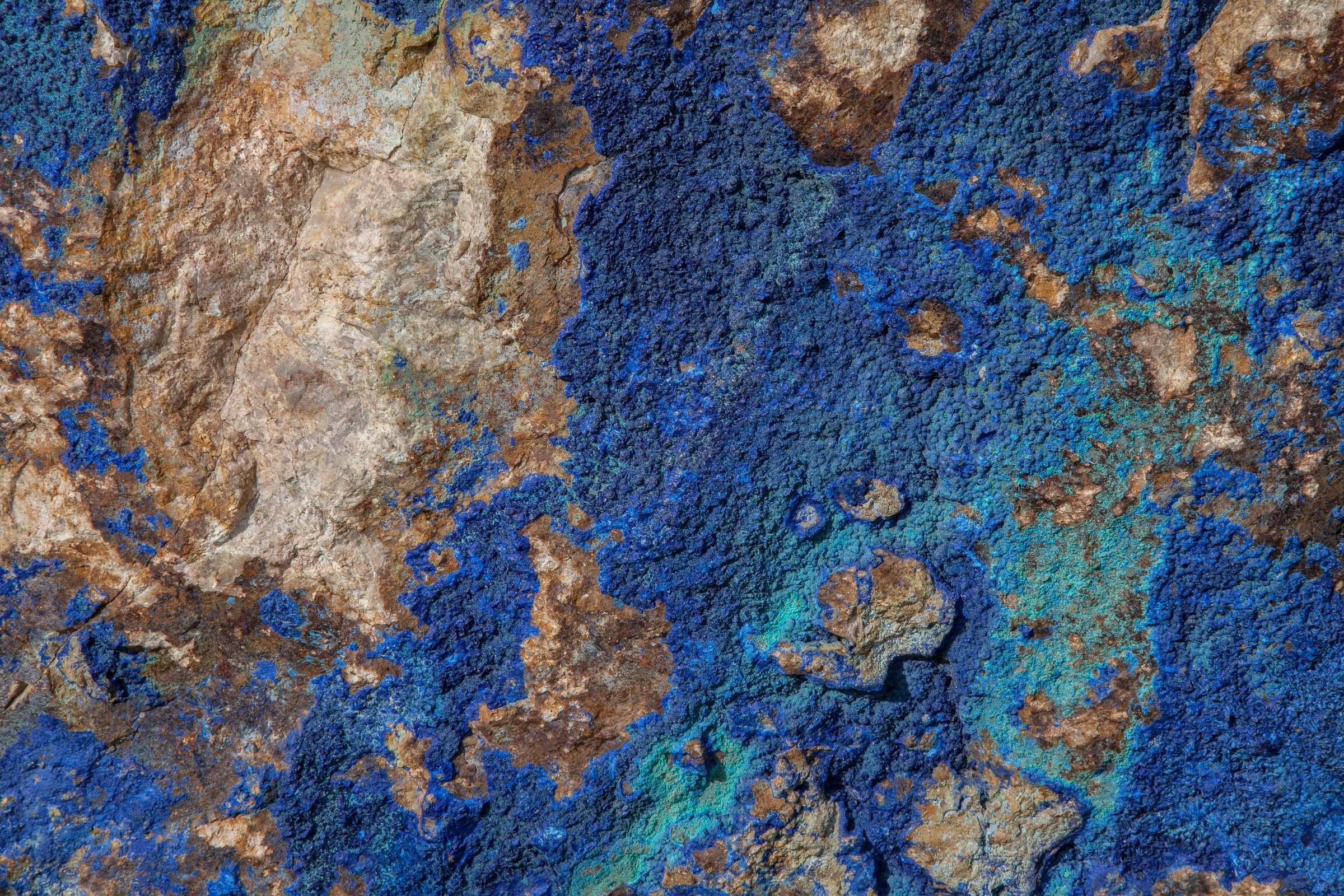 From chemistry to art, a pigment that loves to talk about itself

A blue that comes from the mountains,

a blue that comes from ancient Alemagna,

a blue that often finds its stability by turning green.

Azurite is a natural mineral, a basic copper carbonate with the chemical formula 2CuCO3 ∙ Cu (OH) 2, the richest and best known deposits of which were probably in Hungary. The pigment, also known as Mountain Blue, was one of the most used blues in Europe by artists active between the 13th and 16th centuries.

After a few days they

Nearby is a blue mountain

where the color of Dürer’s plates

was taken before he died.

Preparation of the pigment

Blue Azurite pigment was prepared from mineral of the same name by selecting the purest parts, grinding them, washing and sieving the product obtained. Cennino Cennini, a painter of the Florentine school, in his “The book of art” written at the turn of the fourteenth and fifteenth centuries, recommended to grind it moderately to preserve the intensity of the blue, otherwise the color would have been more faded.

The coarser-grained pigment was as beautiful as it was difficult to spread on the pictorial support and, rather than egg tempera, an animal glue was needed which allowed to obtain a more homogeneous paste and a really very beautiful color: every grain of pigment in fact, it behaved like a small crystal and reflected light with a translucent effect.

Scam around the corner

In the past, artists had not only to prepare their colors, but also to make sure that the apothecary they were addressing would provide them with the raw materials or pigments that were really required. The scam was around the corner especially when it talk about blue. Often the painters, certain to use Ultramarine Blue, painted with azurium citramarinum or certain to buy the latter, they brought Indigo. Why? The motivation was in their similarity and their different cost.

Fortunately, the artists could follow some precautions to avoid being cheated and use the desired colors. To distinguish Azurite Blue from Ultramarine Blue, obtained from lapis lazuli rock and particularly expensive, it was necessary to heat a small fragment of the raw material until it became incandescent and then observe it: azurite turned black, lapis lazuli did not. Azurite Blue was also counterfeited with a less expensive color, Indigo. In this regard, Cennino Cennini indicates how to imitate the azurium citramarinum 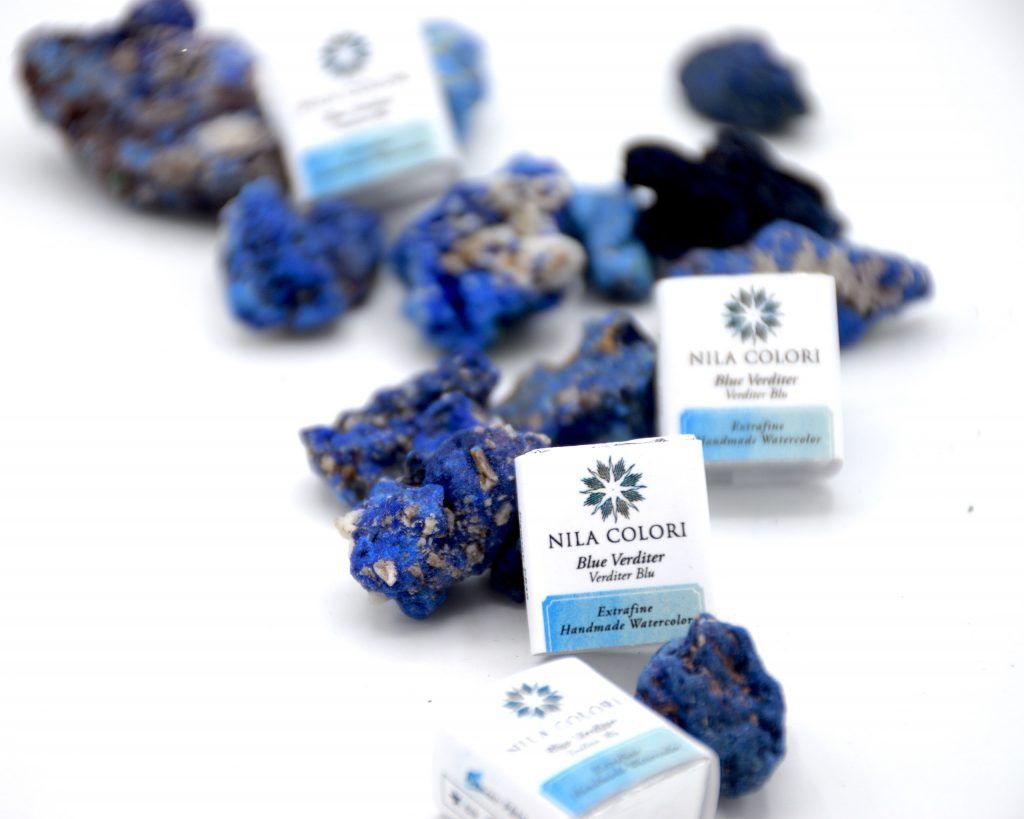 Azurite Blue has been highly appreciated by artists both as a pure pigment and as a base. Giotto used it for the Virgin’s mantle in tempera on wood “Madonna with child” made between 1325 and 1330, while Raphael for the robe of Christ in the oil on panel “Procession to Calvary” made between 1503 and 1505. Very often, however, it was used as a base to reduce costs and make Ultramarine Blue, more expensive and characterized by a deep and purple shade, even more beautiful.

From blue to green: the stability of azurite

On wood, on canvas, in miniatures, in tempera and oil techniques, Azurite Blue has been used in various techniques, but it is not preferable in frescoes; why?

Its chemical formula is 2CuCO3 ∙ Cu (OH) 2, that of malachite, mineral and green pigment, is CuCO3 ∙ Cu (OH) 2: the two minerals have a different ratio between copper carbonate (CuCO3) and copper hydroxide Cu (OH) 2. In contact with humidity, azurite (blue) tends to become malachite (green), taking on a more stable form in those specific conditions.

The very name of this mineral makes us think of its color: blue, from azur. Blue like the color that most of us prefer, blue like the sea to be observed up to the horizon, blue like the sky to which it often gave its blue-green shade.